You are here:
by

Bibhu Prasad Panda September 12, 2021, 2:06 pm
Marvel Comics is the new talk of the town. While you know the Avengers by heart, it is time to meet the next big things of the Marvel comic book universe.

Blindspot was once an illegal Chinese immigrant. Daredevil took him under his wing and showed him the ropes. He used his brilliant intellect to construct a suit that renders him invisible. He then took on the superhero codename Blindspot. 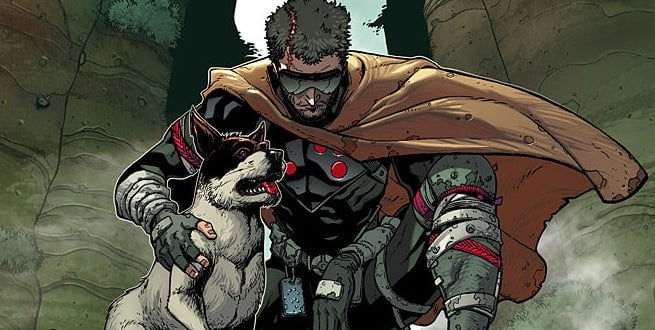 An Inhuman who can make anything he reads turn real is a dangerous liability. His people were so afraid of him they took away his vision. But Reader could still read braille so his powers never stopped working. He is Marvel’s very own John Wick. Once a bounty hunter for an inhuman hunting corporation, he grew a heart and revolted against his employers to save the life of a girl he was supposed to deliver to them.

Luna is an Inhuman and a part of a famous superhero duo, the other half being Devil Dinosaur. Moon Girl is the smartest person on the planet, even more than Shuri, Hank Pym, Reed Richards, Bruce banner, and Tony Stark.

We all know Laura Kinney aka X-23, clone of Wolverine. But there exists a clone of X-23 itself, a second generation wolverine clone called Gabby. Codenamed as Honey badger, Gabby has become a fan-favorite X-Men character mentored by X-23.

Kei Kawade is an Asian-American Inhuman with the power to summon monsters he draws on his sketch pad. A very promising character, his powers are very versatile and make for a good plot device.

Paul Keane, CEO of Keane Industries, bought the rights to using the name from the original Americop. He then started Americops as a private policing initiative. Despite double digit decreases in crime rates, the Americops were dirty, engaging in racial profiling and even working for Hydra.

Dario Agger, is better known by his other alias – The Minotaur. A supervillain hailing with Greek mythological roots, Agger is now the CEO of the evil Roxxon Energy Corporation. The company has already had many appearances all over the MCU shows and TV. It’s only a matter of time.

Son of the original Gladiator, Kid Gladiator was so strong even his father couldn’t stop him from destroying half the planet’s royal city. So Gladiator sent him away to the Jean Grey School of Higher learning where he is learning to control his powers.

Muse just might be deranged enough to give DC’s the Batman Who Laughs a run for his money. The villain had kept his existence a secret from everyone. It was only after his painting – made from the blood of a 100 missing people came to limelight that the other Marvel heroes knew he existed. His sensory powers are stronger than Daredevil‘s. His acts are what pushed humanity for a new anti-vigilantism law.

The League of Realms consisted of champions from all Nine Realms who united in their mission to hunt down Malekith the Accursed. It was formerly led by Jane Foster Thor. Now mandated by the Congress of Worlds, it is led by Thor Odinson.

The Thor franchise has been thriving within the MCU. We may soon see Sera make her mark. Sera is connected to Asgardian mythology. She was a member of the Angels of Heven who was later banished. She kidnapped Angela, Odin’s daughter and Thor and Loki’s sister, and raised her as her own. Thor: Love & Thunder may end up being the debut movie for Sera in some form. She is the first Trans woman in Marvel Comics.

Don't worry, we don't spam
See more
You do not wanna know. I could be a psychopath.
by

FandomWire Staff September 22, 2021, 4:26 pm
Want more stuff like this?
Get the best viral stories straight into your inbox!

Don't worry, we don't spam
Powered by @Animatedtimes © FandomWire, LLC. All rights reserved.
Get the best viral stories straight into your inbox before everyone else!